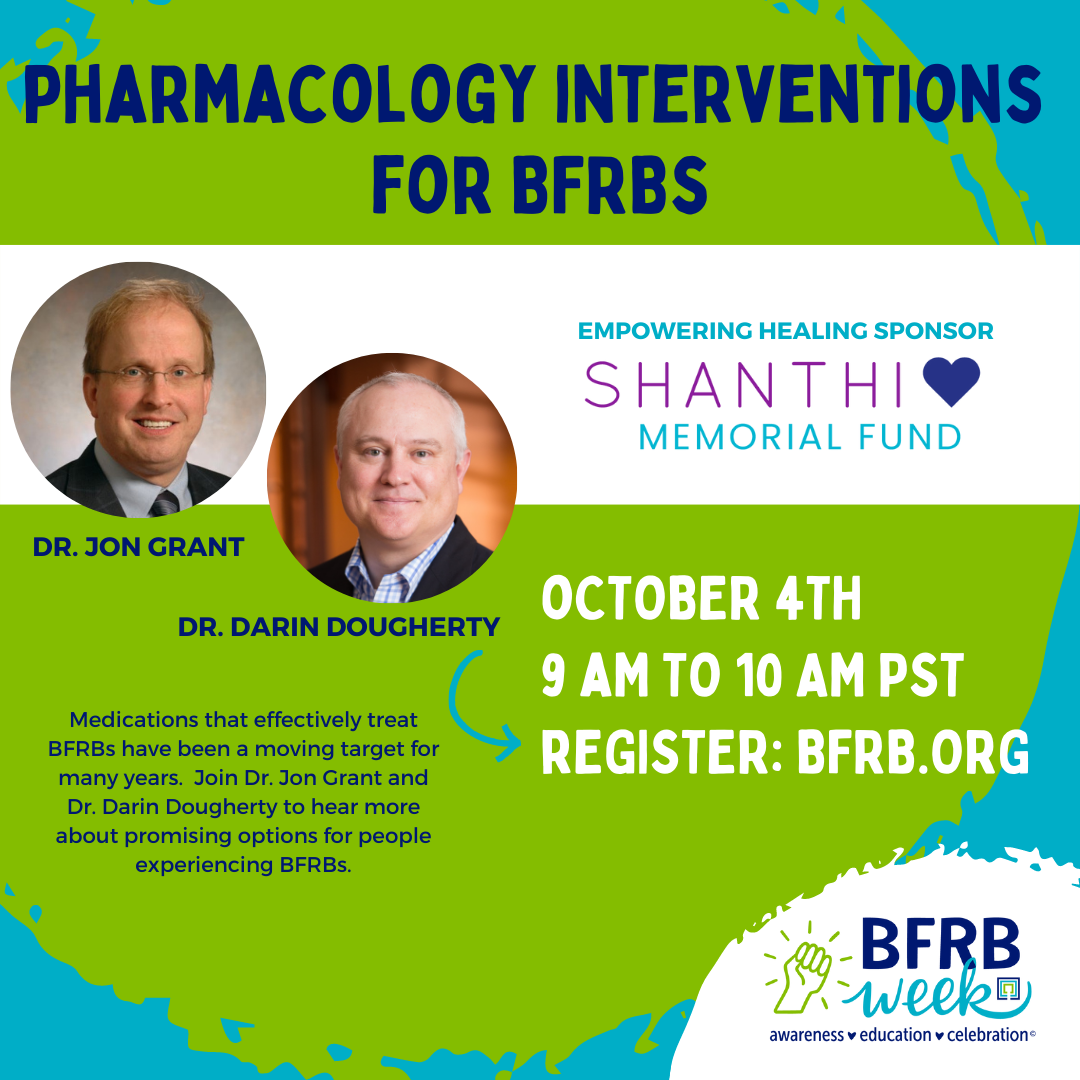 Register Here
By registering for this event you implicitly agree to our Code of Conduct.
Please read it carefully before registering.

Medications that effectively treat BFRBs have been a moving target for many years. Join Dr. Jon Grant and Dr. Darin Dougherty to hear more about promising options for people experiencing BFRBs.
‍

Dr. Grant has written over 400 peer-reviewed articles and book chapters on the phenomenology and pharmacological management of impulse control disorders, particularly pathological gambling, kleptomania, and grooming disorders. He is the author of Stop Me Because I Can't Stop Myself, a book on impulse control disorders (co-authored with Dr. Suck Won Kim), and co-editor (along with Marc Potenza) of two books published by the American Psychiatric Association, Pathological Gambling: A Clinical Guide to Treatment and A Textbook of Men's Mental Health.

Dr. Grant's research is funded by the National Institutes of Mental Health.

Dr. Darin Dougherty received his MD from the University of Illinois and completed his residency in general psychiatry at Massachusetts General Hospital. He serves on the scientific advisory boards for the TLC, Anxiety Disorders Association of America, and the International Obsessive Compulsive Foundation. He also serves on the Massachusetts General Hospital Psychiatric Neurosurgery Committee.

Dr. Dougherty has given over 100 invited lectures and presentations, co-authored over 40 original articles in peer-reviewed journals, over 40 book chapters and review articles, and has co-edited two books on neuroimaging. In 2003, Dr. Dougherty was awarded a NARSAD Young Investigator Award. In 2005, he was named one of the Future Leaders in Psychiatry.

Currently Dr. Dougherty is the Principal Investigator or co-Principal Investigator on several government and industry-funded studies investigating neuroimaging and medication and neurosurgery treatments of OCD and mood disorders. Dr. Dougherty's research interests include neuroimaging, neurobiology, psychopharmacology, and neurotherapeutic (device and/or surgical) interventions for the treatment of treatment-refractory psychiatric illness.

Link Copied!
Register Here
By registering for this event you implicitly agree to our Code of Conduct.
Please read it carefully before registering. 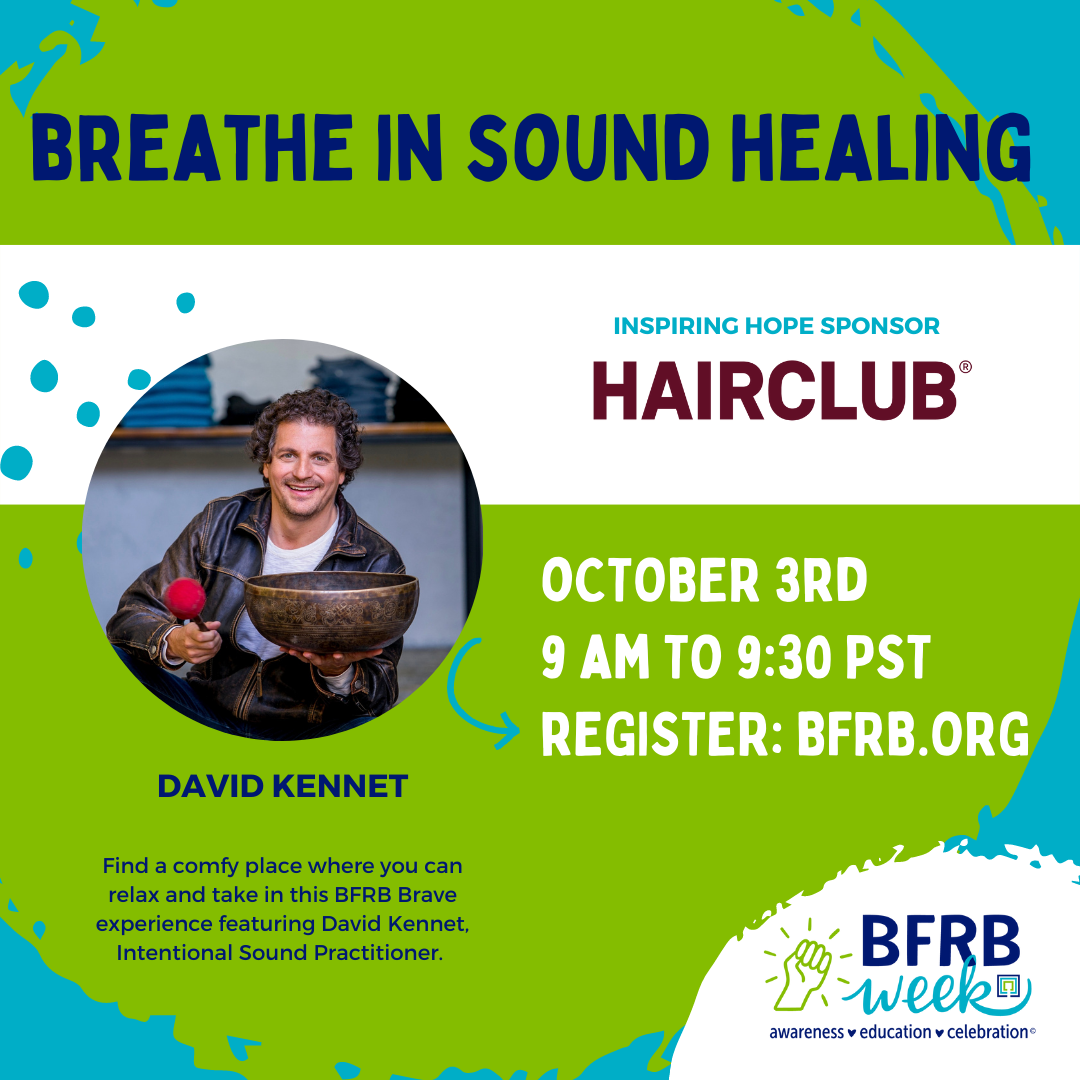 Breathe in Monday with a sound healing featuring David Kennet, Intentional Sound Practitioner. Find a comfy place where you can relax and take in this BFRB Brave experience. 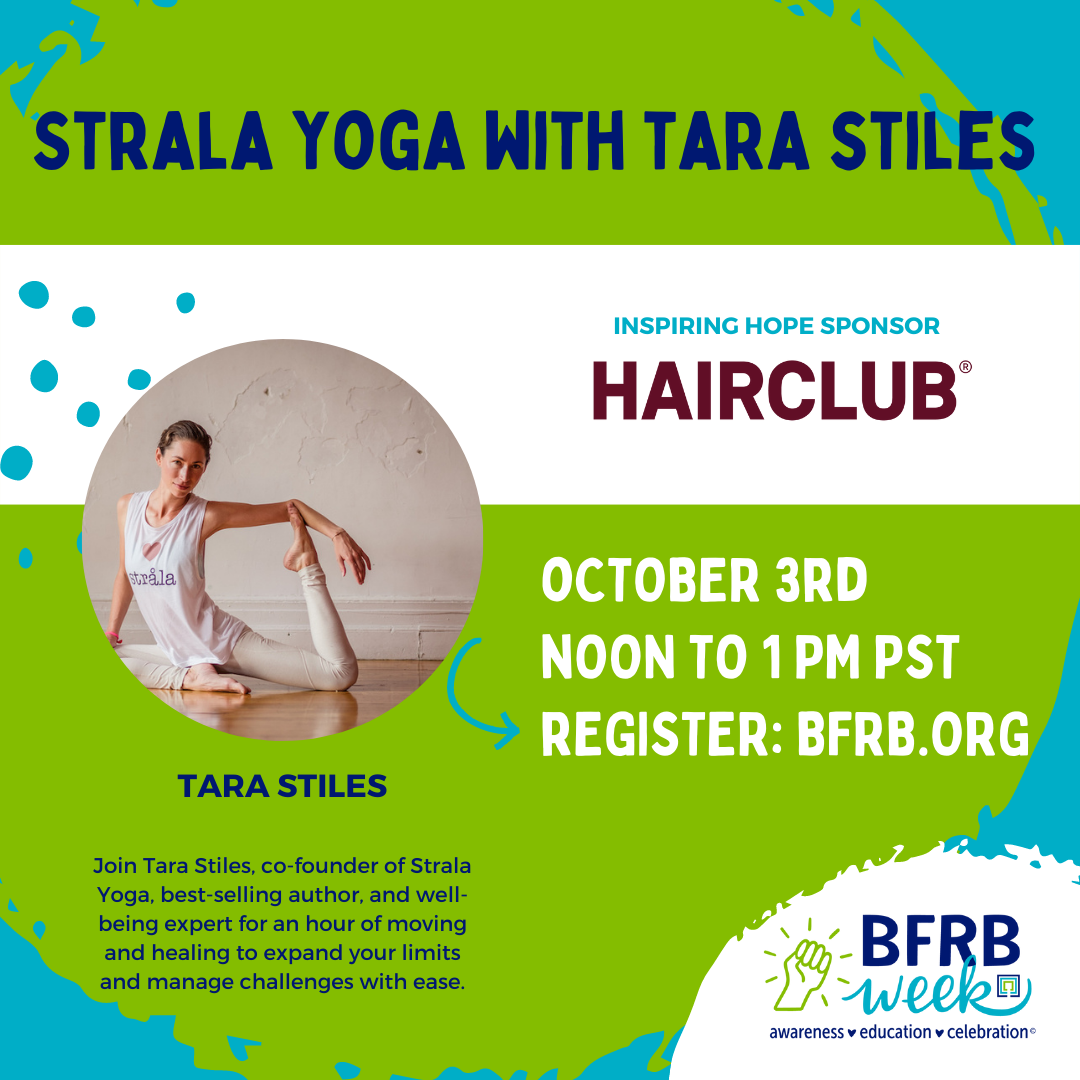 Join Tara Stiles, co-founder of Strala Yoga, best-selling author, and well-being expert for an hour of moving and healing that expands your limits and helps manage challenges with ease. 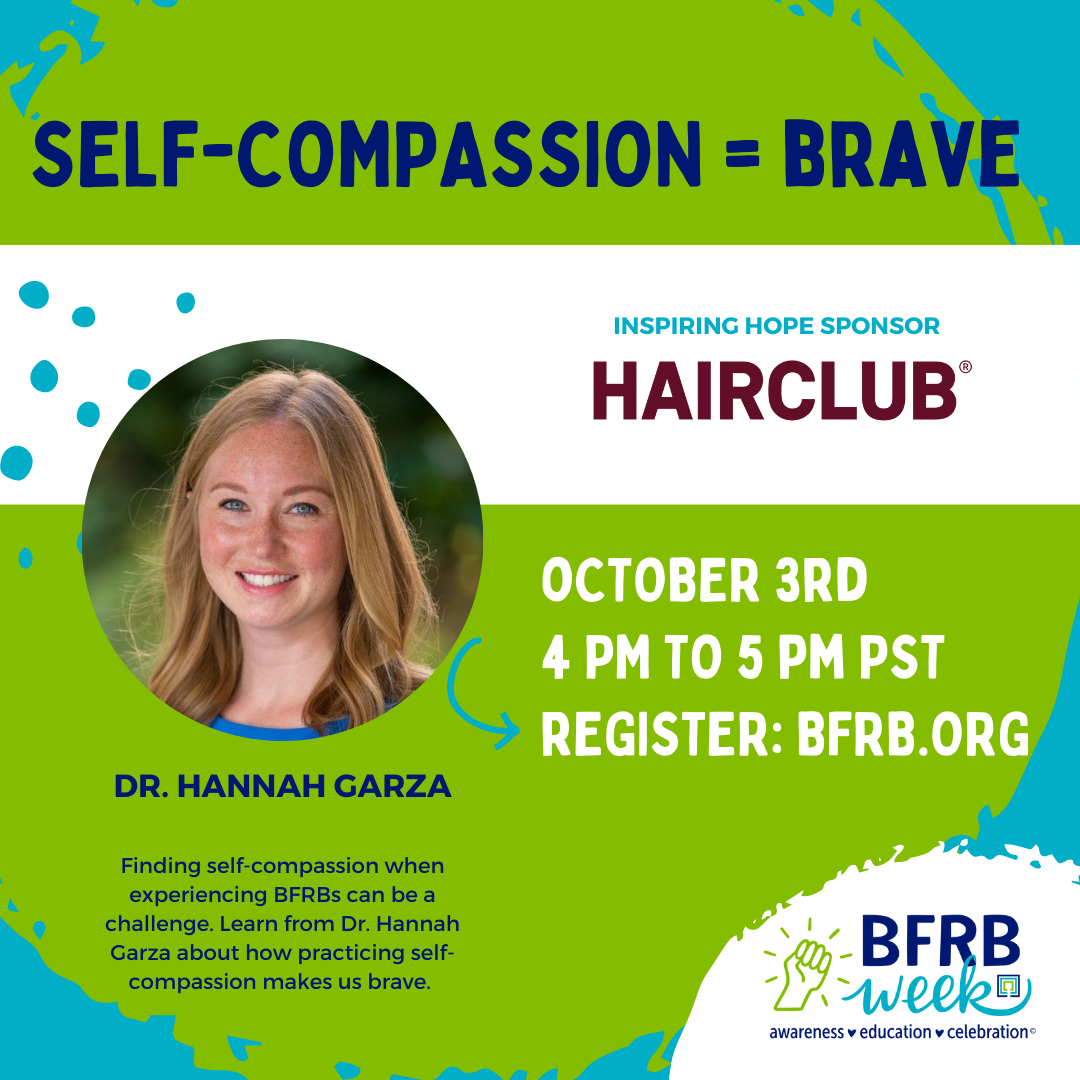