Skin picking disorder (excoriation), is characterized by the repetitive picking of one’s own skin. Individuals who struggle with this disorder touch, rub, scratch, pick at, or dig into their skin in an attempt to improve perceived imperfections, often resulting in tissue damage, discoloration, or scarring. 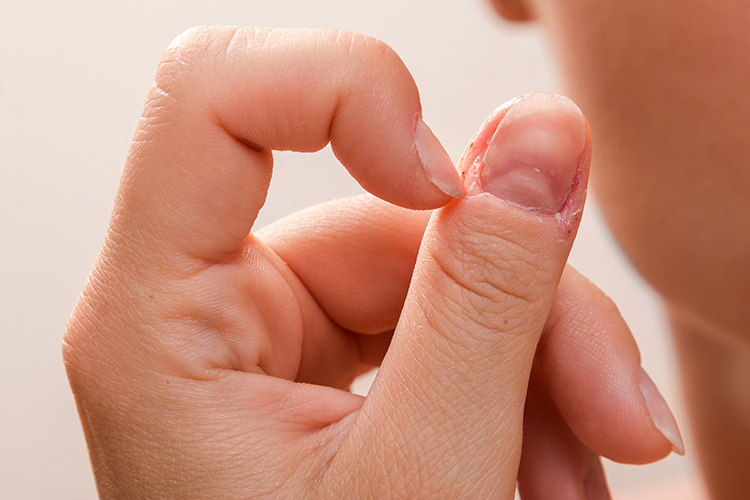 Occasional picking at cuticles, acne, scabs, calluses, or other skin irregularities is a very common human behavior; however, research indicates that approximately 2%-5% of the population picks their skin to the extent that it causes noticeable tissue damage and marked distress or impairment in daily functioning. Individuals who experience skin picking touch, rub, scratch, pick at, or dig into their skin in an attempt to improve imperfections, remove rough patches/scabs or smooth areas. The behavior typically begins in early adolescence, although skin picking disorder can begin at any age.

Skin picking disorder is currently classified as Obsessive-Compulsive and Related Disorders in the Diagnostic and Statistical Manual of Mental Disorders, Fifth Edition (DSM-5).

Those who engage in skin picking tend to pick from multiple body sites, for extended periods of time, targeting both healthy and previously damaged skin. Targeted areas of the body may change over time. Commonly reported experiences that lead to picking include: an urge or physical tension prior to picking, unpleasant emotions, cognitions (permission-giving thoughts, beliefs about how the skin should look or feel), sensations (a bump, sore spot), and/or a displeasing aspect of one’s own appearance (visible blemish). Commonly reported experiences following picking behavior include: urge reduction, sense of relief or pleasure, psychosocial difficulties or embarrassment, avoidance, reduced productivity, emotional sequelae such as anxiety or depression, skin infections, scars, lesions, and/or disfigurement.

Although the severity of skin picking disorder varies greatly, many people who struggle with skin picking exhibit noticeable skin damage, which they attempt to camouflage with makeup, clothing, or other means of concealing affected areas. Due to shame and embarrassment, individuals may also engage in avoidance behaviors, including the avoidance of certain situations that may lead them to feel vulnerable to being “discovered” (e.g., wearing shorts, being seen by others without makeup, or intimacy).

Due to the nature of skin picking, it is important to consider whether the behavior is characteristic of excoriation disorder or whether it is better accounted for by another psychiatric disorder which warrants treatment. For example, skin picking may be a symptom of a dermatological disorder, an autoimmune disorder, body dysmorphic disorder, obsessive-compulsive disorder, substance abuse disorder (e.g., opiate withdrawal), developmental disorder (e.g., autism spectrum disorder), or psychosis. Comprehensive evaluation and accurate diagnosis is important in determining an appropriate treatment plan.

The impact of skin picking disorder on one's life may be significant. Individuals may experience shame and embarrassment and, as a result, may avoid certain social situations or activities (e.g., pools, gyms, beaches), and medical care. These emotional sequelae can lead to painful isolation and result in a great deal of emotional distress, placing them at risk for a co-occurring psychiatric disorder, such as a mood or anxiety disorder. The most successful management strategies make use of a variety of therapeutic techniques that address actionable emotional and behavioral components. While learning how to manage the behavior, it is important to remember that emotional discomfort that influences the behavior is subjective rather than objective. This realization empowers you to choose how you experience these emotions and enables you to alter your behavior.

Individuals experiencing skin picking often go to great lengths to cover, hide, or camouflage damaged skin and may have difficulty with time management due to the significant time involved in engaging in the behavior as well as efforts to conceal it.

Medical complications as a result of skin picking disorder are not uncommon. Infection, which may require medical treatment, scabbing, open wounds, discoloration, scarring, or disfigurement are possible consequences of chronic skin picking behavior.

Skin picking can also lead to strained relationships with family members and friends. Family members may need professional help in coping with this problem.

Choosing a therapeutic provider to support your BFRB journey is a process that takes time.  Patience and persistence are key to finding your own level of success.

Frequently Asked Questions
Are BFRBs lifelong disorders?
What are BFRBs?
What causes BFRBs?
What treatment options are available for BFRBs?
View All
You are not alone
Find Help Near You
Medical and Therapeutic Providers
Self-Care Providers
Support Groups 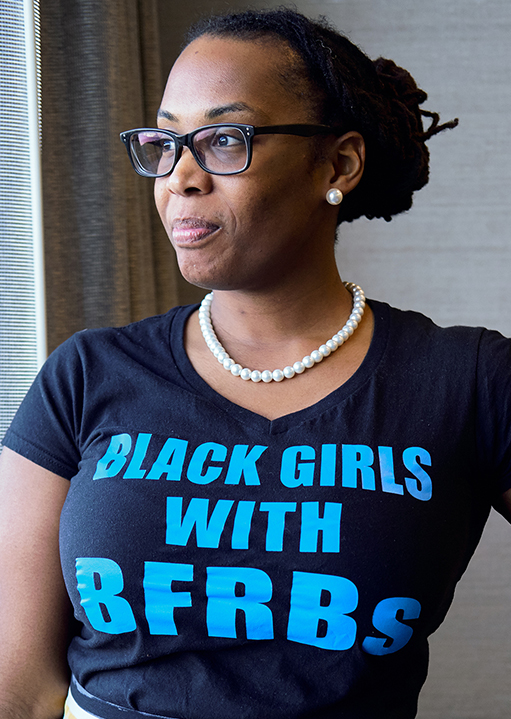 Your
Journey
Learn more about other BFRBs, Medications, and Treatments