Everything You Always Wanted to Know About Hair ... But Were Afraid to Ask 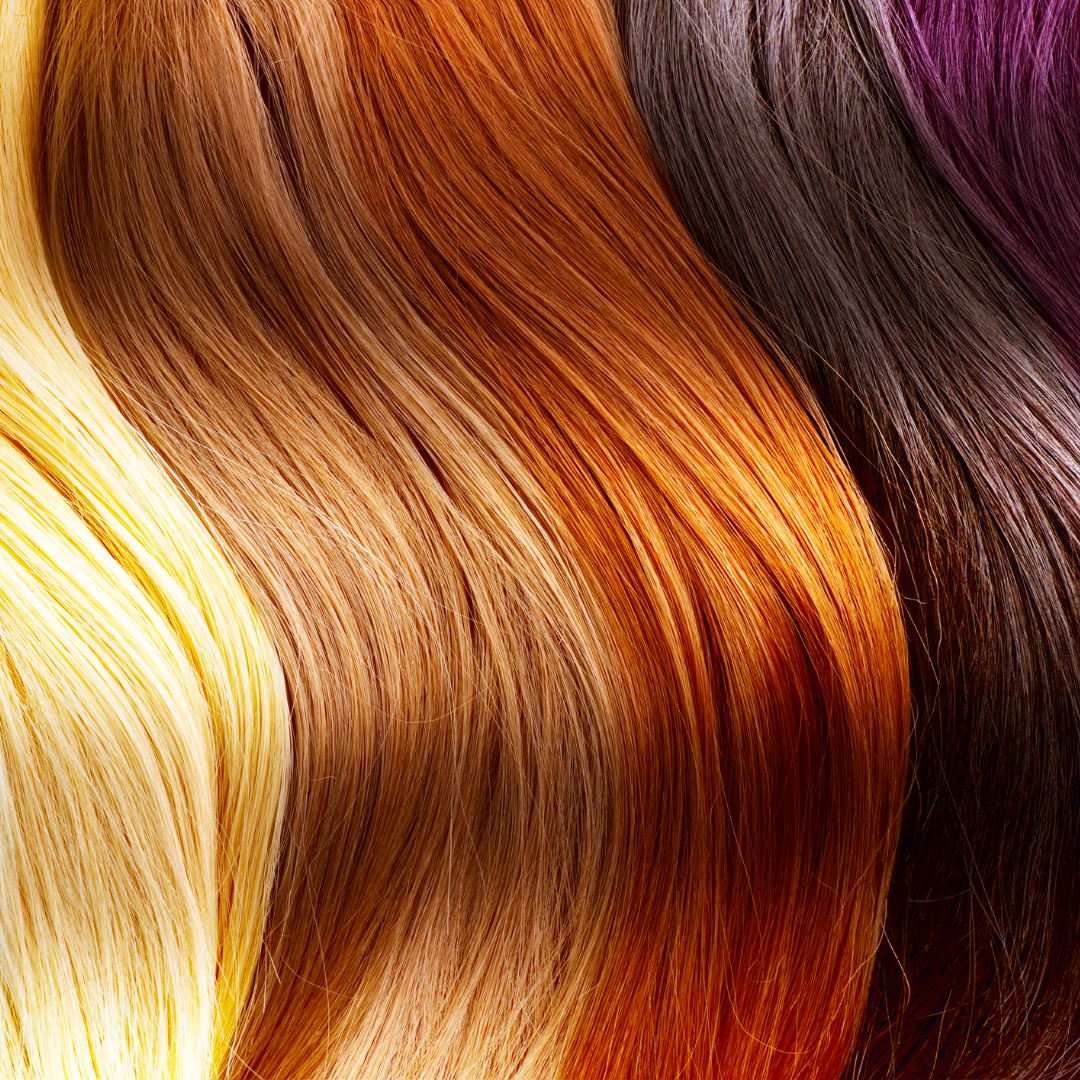 Whether stroking, pulling, examining, losing or growing it, the heart of trichotillomania is, of course, hair. All of us love hair, but hair pullers are especially focused on and fascinated by hair. While those of us who treat trichotillomania prefer to get our patients to decrease their emphasis on hair—a nucleus of recovery—aquainting oneself intimately with their hair and its growth can be both a relief and the start of a more amicable relationship with new hair.

Why are some hair bulbs so much bigger and juicier than others?

When you pull out your hair "by the root," you may observe a transparent swelling called the "bulb." The area above the bulb usually seen on a plucked hair is the root sheath, the growing area of a hair. The size of the hair bulb on a plucked hair varies with the phase of growth the hair was in. As the hair ages, the bulb shrinks. By the time old hair is naturally released there is little left of the bulb. The fifty or hundred hairs you lose a day from falling out automatically, such as in the shower or hairbrush, doesn't have much of a bulb left. If a hair is plucked out early in its growth, the bulb will be large and club-like. Many hair pullers highly prefer or get more of a sense of "satisfaction" or "rightness" from obtaining the largest hair bulbs. Furthermore, these are the most prized by some trichsters for "popping" off between their teeth. Tearing out hair bulbs from the root over and over may cause enlargement of the follicle. The hair's bulb and root aquire a soft, gelatinous keratin. A hair puller's fingers may be searching selectively for bulbs by choosing the wiry and kinky hairs which have larger roots. This would not only serve to remove the "wrong" hairs, but also as another method of reaping the largest bulbs. The short, stubby hairs in the areas that have been pulled repeatedly have probably the moistest, juiciest bulbs of all.

How fast will my hair grow back?

Scalp hair grows at the rate of about one-half inch per month. The length of time the hair remains in this phase determines how long the hair becomes. Scalp hair, for example, may grow for two to eight years. Eyelashes and eyebrows, on the other hand, have a growth phase of only one to six months. They grow slower than scalp hair, but don't have to get very long. Lash and brow pullers often have the mysterious belief that their hair is no longer growing in at all even though they acknowledge they are still pulling the hair "nubs" out. In other words, if you're still pulling, the hair is still growing. As a brow or lash puller, it can be frustrating to lose all the hair in a single sitting. On the bright side, in four to eight weeks of not pulling, a full set can grow out. Follicle damage is usually not permanent and can take about two to four years to recover while waiting for the new, "normal" hairs to grow from the healed follicle. Repeated trauma to the follicle may slow the growth -- the good news is that most recovered hair pullers report hair growth after a number of months or years where none seemed to grow back initially.

My hair is growing out as "peach fuzz", will it ever be back to normal?

Repeated plucking of hair can cause changes in the hair shaft that prevent the normal amount of cuticle formation. The hair that temporarily grows in those follicles may be abnormally thin or fragile. This hair is called "vellus" hair and is the forerunner of normal hair. You may want to regard these as "baby hair" that will eventally grow in thick and strong.

Although not yet studied for efficacy in baldness caused by repeated hair pulling, Rogaine (minoxidil) lotion has been tried by hair pullers to stimulate growth in areas of the scalp. We don't know entirely how it works—it's been theorized to improve blood flow to the scalp, thereby gradually enlarging and lengthening the shrinking follicles. It extends the growth phase and is known to get the vellus hairs to grow into normal "adult" hairs. There is a double-strength solution now available. It may take three to four months to work, is fairly expensive, and you may not really be able to tell if it's being effective unless you use it on just half the area you're trying to grow. We don't know how long you'd have to use it since hair follicles traumatized from pulling could very well recover permanently, unlike the female- or male-pattern baldness caused by genetics and hormones for which Rogaine is marketed.

Why does my hair grow back gray?

Frequently the hair that grows back after repeated pulling has lost its pigment and grows in white. Hair is pigmented by melanocytes, the same cells responsible for the tanning of skin, in the hair follicle. After repeated plucking and traumatization of the follicle the hair may grow in without pigment and therefore appears white.

Will the color ever come back?

The color may come back after a period of time with no pulling. This could be the result of either a recovery or re-growth of melanocytes. Restoration or regeneration of melanocytes usually occurs at the beginning of a hair-growth cycle so a full length of the white hair must grow and fall out naturally before the next hair can grow back with pigment. Therefore one should not give up hope for natural re-pigmentation of the hair for at least two to eight years! As aging occurs, the ability of melanocytes to color the hair once more is apparently less likely to recover and the "graying" of the hair may not be reversible.

Why is my hair growing back so frizzy?

When a thin slice of scalp (biopsy) from a regularly plucked area is examined under the microscope, one can see deformed hair shafts that may have a ruffled or corkscrew-shaped appearance. This distorted shape results in the formation of wiry, kinky hair. This is probably not a permanent condition in most cases, and depends on how much scar tissue has developed. Hair relaxers ("Curl-Free," etc.) may be used for curly regrowth and may decrease the urge to get rid of it.

Will my hair every grow back completely?

Most hair pullers pluck one hair out at a time so it is rare to create skin damage outside the follicle. Very occasionally a puller may pull clumps at a time so that pieces of scalp are torn away. If inflamed follicles have been picked at until infection, sores, or if there has been repeated picking at scabs, there may be permanent scarring of groups of follicles. Picking and probing at the skin with nails or implements to get at hair roots or ingrown hairs may create direct damage and also produce scarring. Permanent scarring can prevent any future growth but fortunately appears to be a relatively uncommon complication of trichotillomania. More often, the follicle seems to go into "shock" and is slow to produce new hair, giving the appearance of bald areas. These follicles do appear to recover on their own with time. As a general rule, one can get a rough idea of whether there is permanent scarring by examining the scalp with the naked eye or a magnifying glass for the presence or absence of follicles. A shiny, smooth area that looks like a scar will not be able to re-grow hair. In order to be more certain, a dermatologist can look at a scalp biopsy to check for the presence of follicles. The hair apparently least likely to recover is in the area on the top that we associate with "female-pattern baldness." Many women have sparser and slower growth in that area as they age so it makes sense that permanent damage to the follicles in that area might occur in some women as well as men. I have sometimes suggested switching the pulling to a lower area until one stops pulling to lessen the risk of permanent loss.

What if my hair never grows back?

What if you've done all your homework and maintained recovery from hair pulling for several years and there isn't an adequately full re-growth of hair to be esthetically acceptable? This can be quite discouraging, and a real trial of true recovery from trichotillomania which includes the separation of one's worth and being from the presence or absence of hair. As a long-term solution one may continue to make use of small hair pieces that may be clipped or glued to existing hair or hair "weaves." These techniques of hair enhancement must be evaluated on an individual basis for the likelihood of triggering more pulling, such as glue providing a new opportunity to pick and peel.

Hair transplantation and permanent eye make-up tattoos for permanent hair loss are options for some. These procedures are painful, expensive, and carry with them some medical risks, such as special precautions used to have an MRI scan done after permanent make-up. Hair transplantation should not be attempted if there is a reasonable chance that the scabbing and hair stubble occurring early in the process would be likely to trigger further hair pulling. Although expensive, hair transplantation of one follicle at a time can be performed on the scalp or brows by specialized plastic surgeons. The improved appearance and liberation from fear of "exposure" has been an important part of recovery for several former hair pullers and these treatments deserve consideration.

A Kid's Guide to Hair Pulling

Voices of the Multicultural Community

Help! My Student is Pulling/Picking.