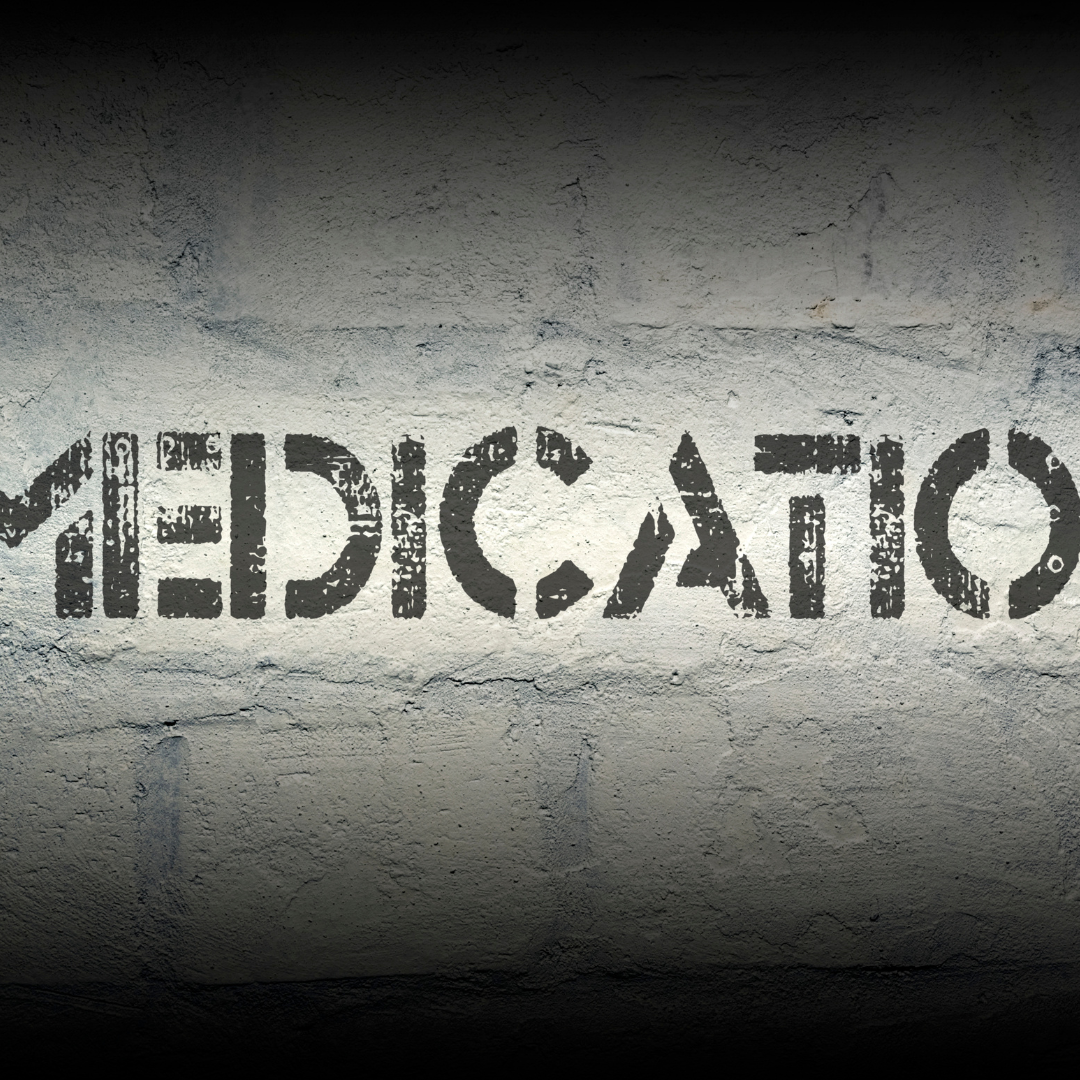 If you are considering taking medication for BFRBs, please understand that no drug is currently approved by the Food and Drug Administration for these behaviors, that there is limited research on the use of medications for these behaviors, and that the medications often have side effects. However, many individuals benefit from medications. They may find a reduction in their urges, an increased ability to resist their behaviors, and/or less obsessional thinking about their hair or skin. In most cases, medications appear most helpful when used in combination with ongoing behavior therapy.

Individuals who pull their hair or pick their skin should receive a thorough physical examination to rule out potential medical problems, such as skin disorders. In addition, individuals who eat their hair should inform their doctors of this behavior as it may lead to serious health problems.

Because no single treatment will work for everyone, a complete psychiatric assessment will aid in identifying which medication may be helpful. This assessment should include information about the BFRB (for example, does the person find the behavior pleasurable, does the individual pull or pick because they feel depressed, etc.), other mental health problems of the individual (including drug and alcohol problems), current medications and allergies, any previous trials of medication, and psychiatric problems within the family.

Women who choose to take medication either during pregnancy or during the period when they will be breast-feeding should discuss carefully the side effects of all medications (including the risks of possible birth defects) with their physician.

The first study for trichotillomania found that clomipramine (Anafranil), a medication affecting the brain neurotransmitters serotonin and norepinephrine, was beneficial in treating hair pulling in a small number of adults. Clomipramine has both antidepressant and anti-obsessional properties. Therefore, this may be a potentially beneficial medication for those who have trichotillomania in addition to depression or obsessive compulsive disorder (OCD). Clomipramine is approved for pediatric OCD and therefore could be used in children with both OCD and trichotillomania. There have been no studies examining the use of clomipramine in skin picking, but given its benefits in hair pulling, this is also considered a potentially beneficial option for picking as well.

Clomipramine, however, may result in multiple side effects such as dry mouth, constipation, blurred vision, sexual dysfunction and weight gain. In addition, clomipramine may cause fine tremor and muscle twitching. Starting at a low dose such as 25 mg at night and slowly titrating the dose over several weeks to 150 to 250 mg/day reduces the likelihood of side effects. Clomipramine should not be used if a patient has a history of cardiac conduction disturbance or a central nervous system illness that might compromise memory. At 300 mg/day, clomipramine can cause seizures in about 2% of subjects. Clomipramine should not be used with medications such as fluoxetine or paroxetine that inhibit P450 isozymes, for they inhibit clomipramine hepatic metabolism, cause elevated serum clomipramine, and desmethylated clomipramine levels. If it becomes necessary to use these medications in combination, clomipramine levels should be monitored frequently by blood tests and by performing periodic EKGs on the person.

Several studies have examined SSRIs in treating trichotillomania and skin picking. The SSRIs include: fluoxetine (Prozac), fluvoxamine (Luvox), sertraline (Zoloft), citalopram (Celexa), escitalopram (Lexapro), and paroxetine (Paxil). These medications are FDA-approved for the treatment of depression or OCD or both.

Only fluoxetine (Prozac) has been rigorously studied in hair pulling and skin picking. Although the results have looked somewhat promising for using fluoxetine in skin picking, the results for trichotillomania have been largely no better than for a placebo. The other SSRIs have been used in smaller, less controlled studied and have demonstrated some limited benefits in some studies and no benefits in other studies. Individuals may report a range of improvement from dramatic reduction in behavior to no change. In general, the improvement is modest but may only last several months. These medications may be helpful in individuals with pulling or picking who also suffer from anxiety, depression or OCD.

Although the SSRIs are generally well tolerated, they may produce gastrointestinal distress, sedation, mild anxiety, headache, constipation, increased urinary frequency, weight gain, and sexual dysfunction. Fluvoxamine (Luvox) is a potent P450 1A2 inhibitor, and drug-drug interactions should be considered before it is prescribed. Given paroxetine's (Paxil's) relatively short half-life, the potential for flu-like SSRI discontinuation symptoms exist, particularly with abrupt cessation of high dosages of the drug. As with other anti-depressants, warnings exist for the potential association between SSRIs and suicidal thoughts and behaviors.

Other antidepressants have been tried in the treatment of trichotillomania and skin picking. Although the data are sparse, case reports discuss the possible benefits from a range of antidepressants - amitriptyline (Elavil), imipramine (Tofranil), venlafaxine (Effexor), and doxepin (Sinequan). These medications have shown benefit for the treatment of depression and anxiety, but given the limited data for their use in trichotillomania and skin picking, these medications should not be considered first-line treatment.

Naltrexone, an opioid antagonist, is approved by the FDA for the treatment of alcohol dependence and opiate dependence. Naltrexone has been examined in two controlled studies of trichotillomania and demonstrated some potential benefit in one and none in the other. Because naltrexone reduces urges to engage in pleasurable behaviors, it may be best for those individuals who pull or pick due to strong urges and find the behavior pleasurable. It should also be considered in individuals with trichotillomania or skin picking who suffer from alcoholism, and possibly in individuals with a family history of alcohol use disorders.

Dopamine-blocking neuroleptics have also been examined in the treatment of trichotillomania and skin picking. The rationale for their use is due to a possible link between repetitive behaviors and tic disorders such as Tourette's disorder. A controlled study of olanzapine (Zyprexa) found that the medication was significantly more effective than a placebo in reducing hair pulling. Other neuroleptics - risperidone (Risperdal), quetiapine (Seroquel), ziprasidone (Geodon), and aripiprazole (Abilify) - may also be beneficial but there have been no controlled studies of these medications.

Neuroleptics may result in a range of side effects: extrapyramidal side effects (Parkinson-like tremor, rigidity, bradykinesia), akathesia, dysphoria, sedation, tardive dyskinesia, weight gain, and development of diabetes and high cholesterol.

Lithium, a medication approved for the treatment of bipolar disorder, has shown some benefit in individuals with trichotillomania in uncontrolled studies. Lithium may be beneficial to those who are generally impulsive or have considerable emotional instability. Lithium may be an attractive medication option for individuals with trichotillomania or skin picking who also suffer from bipolar disorder.

Lithium can produce significant side effects. Common side effects of lithium include nausea, loss of appetite, mild diarrhea, dizziness, hand tremors, weight gain, hypothyroidism (low levels of thyroid hormone), increased white blood cell count, acne, and skin rashes. Individuals should tell their doctor immediately if they develop lack of coordination, muscle weakness, slurred speech, nausea, vomiting, diarrhea, confusion, or an increase in tremors or shaking. These symptoms may be a sign of having too much lithium in the body, which requires medical attention. With long-term use of lithium, kidney damage may also occur, but it is rare. In order to minimize risk, your healthcare provider will periodically measure kidney function and lithium levels with a simple blood test.

A variety of other medications have shown early promise in the treatment of trichotillomania and skin picking.

Medications that affect the neurotransmitter, glutamate, may be beneficial. Glutamate appears to have a role in the area of the brain involved in compulsive, repetitive behaviors. These medications include lamotrigine (lamictal) (FDA-approved for bipolar disorder), riluzole (Rilutek) (FDA-approved for ALS), and the amino acid N-Acetyl Cysteine. These medications, however, are not all alike and the studies suggest there may be important differences. One study of lamotrigine in skin picking found that it was not more beneficial than placebo. Although studies of riluzole have not been performed in trichotillomania or skin picking, a study in OCD found that it was no different from placebo. N-actetyle cysteine, however, was studied in trichotillomania and in adults appeared to be very promising although the study in children was no productive. N-acetyl cysteine may be beneficial alone or in combination with an SSRI (link to NAC article).

Inositol, a B-vitamin and an isomer of glucose, has also been used in the treatment of trichotillomania and skin picking. A controlled study has demonstrated improvement in OCD using inositol, but controlled studies are lacking for hair pulling and picking (link to inositol article).

A reasonable medication strategy is to employ a systematic trial of a specific medication while monitoring side effects. The choice of which agent to use can be based on known side effects, co-occurring disorders such as depression or OCD or alcoholism, or what has possibly worked for family members. Rating scales can be used to assess the degree of hair pulling or skin picking as well as global measure of improvement. The dose of the medication should be built up over time until complete benefit is obtained or to the maximum or best-tolerated dose. An appropriate period of time should be allowed (8-12 weeks or longer) before deciding whether a benefit has been achieved. If the benefit is only partial, the medication can either be changed or another medication can be added. Always consult your physician before abruptly stopping a medication. Also, individuals should be informed that medications appear most helpful when used in combination with ongoing behavior therapy.

Considerations for Children and Adolescents

In the case of adolescents, the general recommendation is first to use behavioral therapies before considering medication and then only use medication in severe cases. Many medications may cause suicidal thoughts in children and adolescents and therefore medications must be used very cautiously in this population and suicidal thinking should be monitored frequently.

Surviving Freshman Year and Beyond: What You Should Know about BFRBs and College

Some More Advice For Significant Others

Help! My Student is Pulling/Picking.