The Role of the Family Environment in Adolescent Hair Pulling 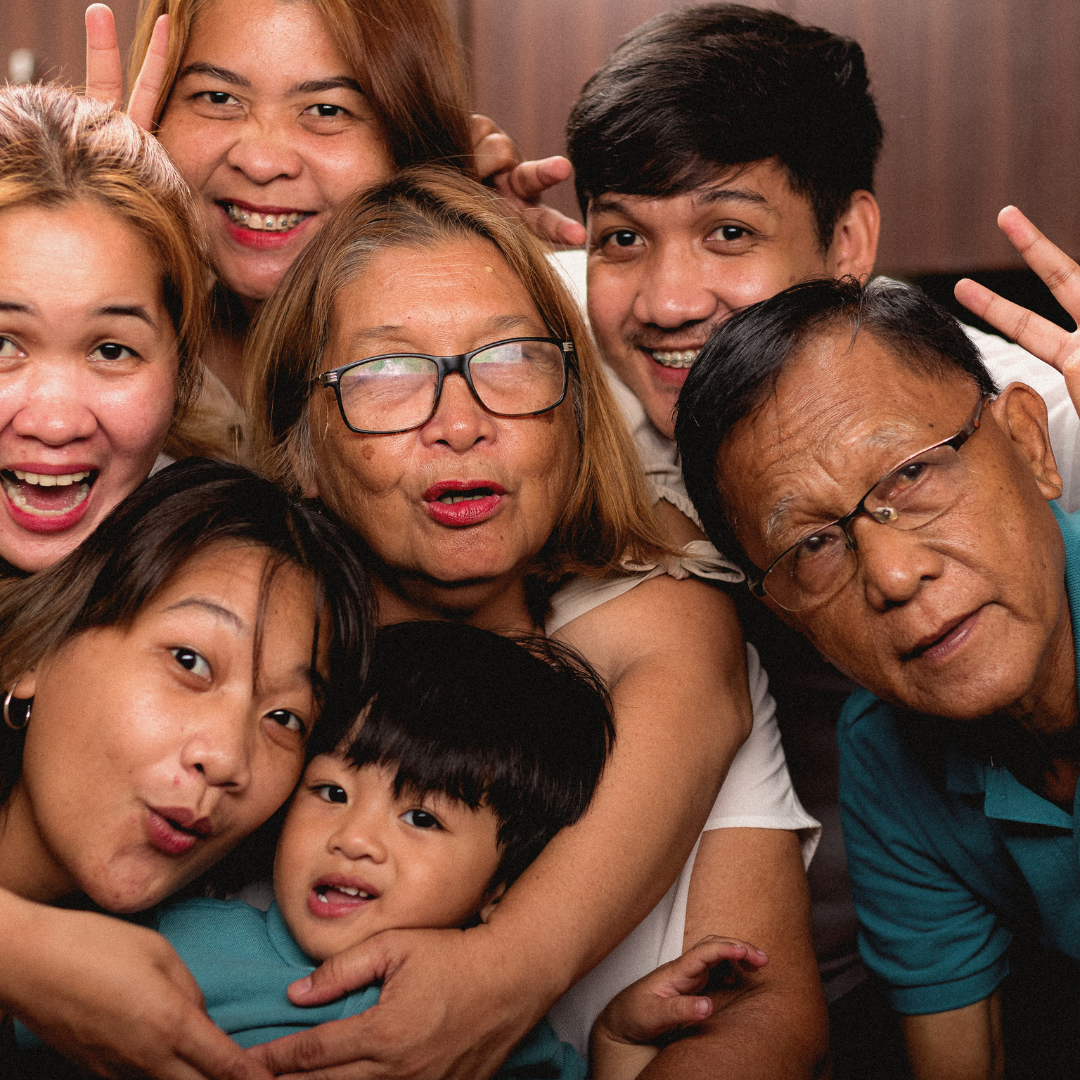 This article summarizes published results from the TTM Family Study investigating the role of the family setting in adolescent hair pulling. 1 This is the first in a series of articles that will report on the findings from this project.

We studied 49 adolescent hair pullers between 13 and 18 years old, and 23 adolescents without TTM (controls) that were matched on age, gender and ethnicity. All hair pullers and control adolescents had at least one first-degree biological relative (e.g., parent or sibling) who also participated. All individuals in the study were interviewed to determine whether they met diagnostic criteria for TTM and any other psychiatric conditions. They also completed several self-report questionnaires which included items about depression, anxiety and anger. The instruments used to measure family environment and parenting stress were the Family Environment Scale (FES), Family Assessment Measure, Version III (FAM-III) and the Stress Index for Parents of Adolescents (SIPA).

An additional study question examined whether other psychological symptoms occurred more in adolescents with TTM and whether these additional symptoms contributed to difficulty in the family environment. First, we observed that youth with TTM met criteria for OCD, generalized anxiety, social phobia and major depressive disorder more often than control teens. Thus, given these findings, we examined whether family dysfunction reported by TTM youth was due to these other psychological problems.

We did not find any differences in the family environment when we compared only those with TTM and control teens without current depressive or anxiety symptoms. However, greater impairment in the quality of family relationships, as well as less family support, was reported by TTM youths without lifetime depression or anxiety diagnoses when compared to control adolescents also without lifetime depression or anxiety. TTM youth with current depression or anxiety symptoms also reported more conflict and less independence than teens with TTM and no depressive or anxiety symptoms. Finally, it did not seem that additional psychological symptoms impacted the relationship between family difficulties and TTM severity and distress since these correlations occurred even in those pullers without anxiety and depression. Thus, it appears that these additional psychological symptoms do not seem to be related to the difficulties reported in the family environment and those family difficulties appear to be related mainly to hair pulling.

Next, for our second study goal, we looked at whether parents of teens with TTM differ on psychological characteristics and parenting stress from the parents of teens without TTM. We studied only the mothers of adolescents with TTM, since few fathers agreed to participate in our study. These mothers reported more anxiety and depression when compared to the mothers of teens without TTM, though overall symptom severity was not very high for both groups. Mothers of TTM teens reported more impairment on several anger scales (experience of angry feelings, internal suppression of anger, control over anger expression and control over angry feelings by calming down) when compared to mothers of teens without TTM. However, even though more anger was reported, all of the scores were within the normal range for both TTM moms and control moms.

Mothers of TTM teens reported higher parenting stress. However, we did not find real differences reported in the quality of the adolescent-parent relationship between TTM mothers and mothers of teens without TTM. Mothers of TTM teens also reported more problems with moodiness, social isolation, antisocial behavior and a lack of motivation in their adolescent. There was a tendency for mothers of TTM teens to report more restriction of their life activities, more difficulties with their relationship with their spouse/partner, more social alienation and more feelings of incompetence and/or guilt. However, once again, while these were different between moms of TTM youth and moms of controls, the scores were still in the normal range, implying that moms of TTM youth, while having higher scores that moms of controls, were not extremely different than would be expected.

Our third goal was to examine whether the perception of the family environment by youth with TTM correlated with the severity of their hair pulling. What we found was different from what we had expected. Scores on those family environment variables which differed between teens with TTM and controls did not correlate with greater TTM severity. For example, report of more conflict in the family environment by the youth hair pullers was not related to greater hair pulling severity. However, distress to hair pulling was correlated with greater reported conflict and less family support. In addition, reduced family cohesion was associated with greater pulling severity and distress. There was also a trend for greater emphasis on control in the family to be related to greater pulling severity. Similarly, there was a trend for emphasis on organization and responsibility in the family to be related to hair pulling distress. Strong correlations were observed between pulling severity and several areas not previously shown to differ between groups (e.g., affective expression, task accomplishment, involvement and values and norms). Greater hair pulling distress was also correlated with more difficulty in the ability of the family to achieve specific tasks and objectives.

And finally, our fourth goal was to examine whether parents and their adolescents with TTM agree in their assessments of the family environment. What we observed was that the ratings by adolescents with TTM and their mothers were different in the areas of expressiveness and independence. In addition, TTM youth and their mothers differed on ratings of family involvement in the lives of each other, patterns of influence and control, and family rules and values. Overall, TTM youth rated the family environment as more problematic than did their mothers.

So what are the implications of these findings if you or your family member experiences hair pulling? The first take-home message is that hair pulling family environment issues are complex. As shown above, family variables that differ between groups are not necessarily those that correlate with pulling severity and distress. Additionally, some of the family environment effects may be subtle, such as group differences between hair pulling youth and control mothers on clinical characteristics, despite all scores for both groups falling within the normal range. It may also be the case that the interaction between the youth hair puller and the environment may be more important to examine than the environment alone. It is noteworthy, though, that in all cases when group differences did exist, more dysfunction was reported in the TTM vs. control families. When correlations did occur between family functioning and pulling severity or distress, worse pulling severity and distress were always correlated with greater impairment on family environment measures.

Several points deserve mention. First, research findings reflect average scores across many participants and may not always be relevant to the individual case. Thus, each case should be assessed individually to identify potential issues relevant in that family setting. Our findings above, however, highlight specific family dynamics that should be explored. Secondly, this is a cross-sectional study conducted at one point in time rather than a longitudinal study conducted over many time points). Thus, it is impossible to know if the family environment issues we identified are causative (and occurred prior to the development of the hair pulling), consequential (and occurred after the onset of the hair pulling) or independent from the hair pulling per se (and occurred at the same time as the pulling but are unrelated to it). It also may be the case that our failure to identify specific family environment variables as we had predicted may be due to limitations in the nature of existing family environment scales or to underreporting of problems by participants. Regardless, this study is the first large-sample study of TTM family environment with matched controls and validated assessment instruments. Thus, our findings provide many promising directions for subsequent investigations in the future.

Probably the most important point is that this research needs to be replicated on an independent sample. The basic rule of science is that all findings need to be confirmed with another study using similar methods. In addition, to test whether family environment variables trigger pulling onset, a longitudinal study is needed to track both the family environment and hair pulling onset. Lastly, as recently demonstrated for other disorders, family therapy specifically targeting relevant areas of family dysfunction may ultimately improve our success in treating adolescent hair pulling.

Nancy J. Keuthen, Ph.D., is an Associate Professor of Psychology at Harvard Medical School and staff psychologist at Massachusetts General Hospital where she serves as the Co-Director of the Trichotillomania Clinic and the Chief Psychologist in the OCD Clinic. She is a current member of The TLC Foundation for Body-Focused Repetitive Behaviors Scientific Advisory Board

Dr. Keuthen has pioneered considerable research in trichotillomania, skin picking, body dysmorphic disorder, and OCD, and authored many scholarly research papers and chapters. She has been involved in both pharmacological and cognitive-behavioral treatment outcome studies of BFRBs. In addition, she has been instrumental in the development and validation of numerous assessment instruments for both trichotillomania and skin picking disorder. Dr. Keuthen is the author of the popular book Help for Hair Pullers.

David Pauls, Ph.D., was the director of the Psychiatric and Neurodevelopmental Genetics Unit from September 2001 - 2011. Prior to coming to Harvard, he was the Professor of Psychiatric and Neurobehavioral Genetics in the Child Study Center at Yale University. Over the past 25 years, his research has focused primarily on the genetics of child neuropsychiatric disorders. Research under his direction has led to a better understanding of the inheritance of Tourette Syndrome, OCD and dyslexia. At the present time he leads an international consortium of investigators devoted to finding genes for Tourette Syndrome and related conditions.

Awakening from the Trance

Some Advice for Significant Others