Humberto Nicolini, MD, Ph.D., obtained his medical degrees from the Universidad Nacional Autonoma of Mèxico (UNAM), with specialization in psychiatry from the Mexican Council of Psychiatry. He also trained in the area of genetics at the Neuropsychiatric Institute at UCLA under the mentorship of M. Anne Spence, PhD, and Lewis Baxter, MD.

Dr. Nicolini is a researcher in “F” medical sciences for the System of Researchers of Mexico’s Department of Health and a level III national researcher for the National System of Researchers. He is the founder and executive president of the Mexican Association of Neuroethics’ Board of Directors and a member of Mexico’s National Academy of Medicine.

He is the most scientifically published and cited psychiatrist who lives and works in México, with 324 publications and 7,614 citations as of January 2021. He previously served as the director of the International College of Obsessive Compulsive Disorder (ICOCD), president of the Mexican Association of Molecular Biology in Medicine, and secretary and treasurer of the Mexican College of Psychopharmacology. 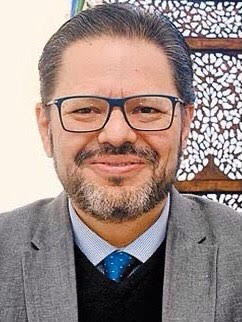