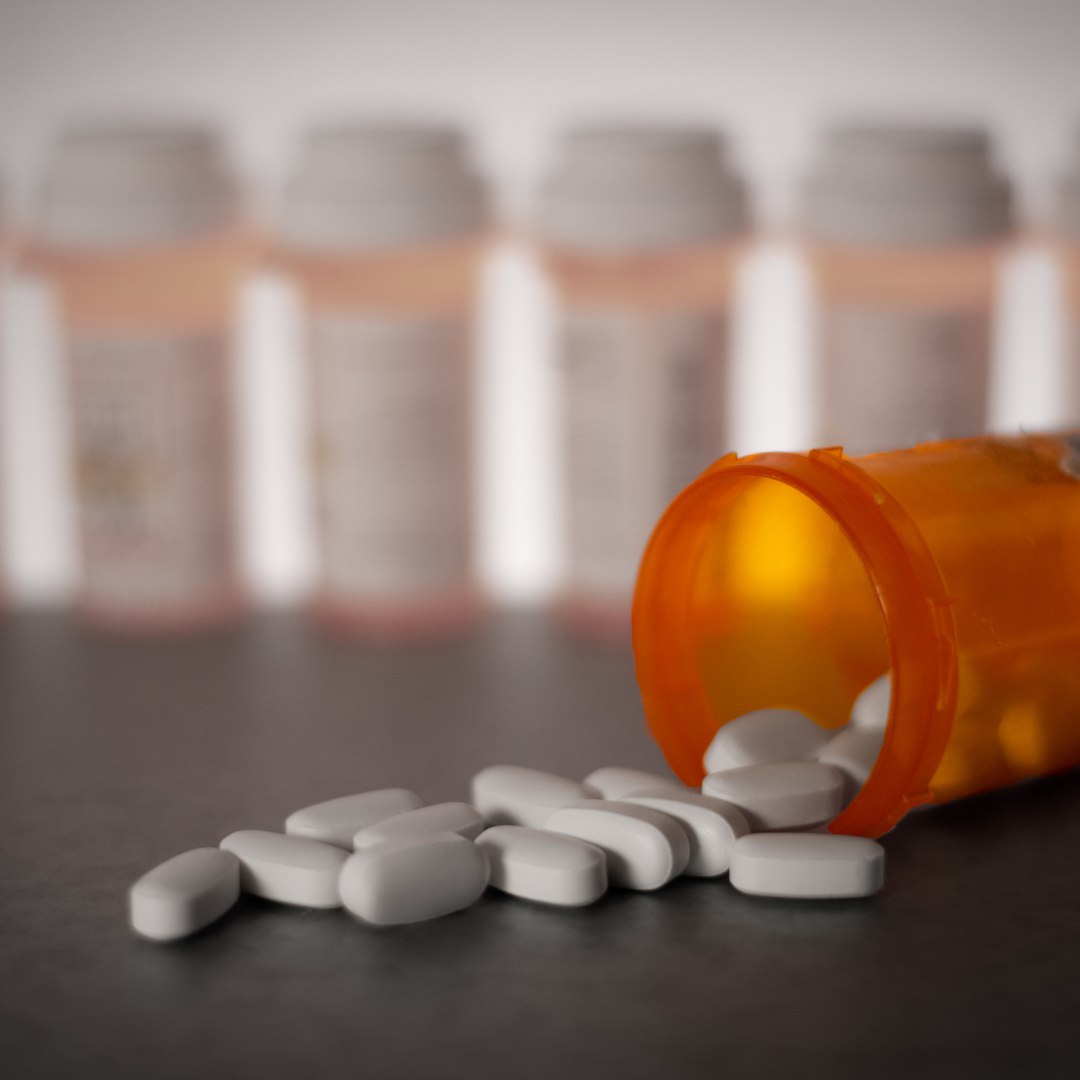 N-acetylcysteine is an amino acid which can be found at nutrition and health food stores. This supplement affects levels of glutamate in a specific area of the brain, making it easier for patients to decrease unwanted behavior. For that reason, Dr. Grant believes glutamate modulators such as N-acetylcysteine may be applicable to other disorders, addictions, and compulsive behaviors.

Will it work for me?

The study showed that NAC significantly reduced the symptoms of trichotillomania compared to a placebo. 56% of subjects reported "much or very much improved" on NAC compared to 16% on placebo (sugar pill or inert substance). Significant improvement was initially noted after 9 weeks of treatment.

"This study, the first to our knowledge that examines the efficacy of a glutamatergic agent in the treatment of trichotillomania, found that N-acetylcysteine demonstrated statistically significant reductions in trichotillomania symptoms," wrote Dr. Grant. It is important to note that 44% of the participants in this study failed to respond to the amino acid, and that this was a relatively small study.

As the researchers note, "Cognitive Behavior Therapy has shown benefit for trichotillomania and should be considered in conjunction with pharmacotherapies."

While N-acetylcysteine was well tolerated by participants in this study, it is always important to discuss taking dietary supplements with your own physician.

Dr. Grant and his team hope their study will lead to further research into the effectiveness of N-acetylcysteine at higher dosages, studies of its use in the long-term treatment of trichotillomania, and its effectiveness in treating patients with various manifestations of the disorder. "As effective treatments for hair pulling emerge, it becomes increasingly important that physicians and mental-health care providers screen for trichotillomania to provide timely treatment," they wrote in their report.

Why is this study significant?

Although behavioral therapy has shown benefit for trichotillomania, the use of medications has generally been disappointing. One possible reason is that all of the medications previously studied (clomipramine [Anafranil], fluoxetine [Prozac]) work largely by affecting the neurochemical serotonin. The findings from this study suggest that using medication that targets the neurochemical glutamate may prove more beneficial in controlling the symptoms of trichotillomania.

Limitations of the study?

Although it was the largest randomized, controlled clinical trial performed on trichotillomania, with 50 people, it is still an incredibly small number of people. Also, people pull for many different reasons and may have different biological aspects to their pulling. NAC helped in just about half of the people and so it is hardly a magical pill. The study did not combine NAC with behavioral therapy and it is strongly suggested that anyone taking NAC also use behavioral therapy. In addition, the study was only 12 weeks in duration so it is not clear how long people need to take NAC if it is helpful.

Are there side effects or other problems with NAC?

The subjects in our study did not have problems with NAC. We used a capsule form of the supplement. There is a liquid available from pharmacies but it causes significant side effects and should not be used for this purpose. Side effects reported in the literature have included: nausea, indigestion, headache and abdominal pain. Other issues with NAC include that it should not be used in people with asthma as it may worsen that condition (this is interesting given that it actually helps people with bronchitis). Also, because of the way NAC works in the body, many people recommend supplemental zinc, copper and other trace minerals as well as taking two to three times the typical amount of vitamin C. These recommendations are based on people taking NAC over an "extended period" and, because the scientific literature is unclear what that actually means, it is probably best to take NAC with a multiple vitamin plus vitamin C.

People should be cautioned that although NAC is an amino acid and thereby appears safe, people should always ask their doctors before starting the supplement. In addition, just because something may be good for you in small doses does not mean that more is better or safe.

Could the results apply to skin picking and nail biting?

In my opinion, they can. We published a small case series describing the benefits of NAC in people with skin picking and nail-biting. Having said that, we have not yet conducted a controlled study of these behaviors using NAC.

What is the optimal dose of NAC and when during the day should people take it?

The answers are still unclear. For our study, we examined dosing between 1200mg and 2400mg per day. I think some people could benefit from higher doses, up to 3600mg per day, but this has not yet been studied in a controlled manner. Over time I've learned to start at 1200mg instead of 600mg because the lower dose helps very few people.

In terms of when to take it, I advise people to divide the dose and take it twice a day, perhaps even closer to the times of day when people pull or pick. For example, I give 1200mg as divided doses of 600mg twice a day. Sometimes my dosing depends upon the timing of the pulling. NAC may only stay in the system for about 8-10 hours. Therefore if they pull all day, I divide it as 600mg in the morning and 600mg around dinner. For some people, it is probably out of the system in 3-5 hours.

Where does someone get NAC?

For our study, we bought the product online from a company named Swanson's in Fargo, North Dakota. I am not endorsing that company and they did not provide us any discounts or funding for our research. They were able, however, to provide us with documentation of the quality of their product. From my perspective, this is a problem in doing research in this area. Which are the reputable companies and which are not? I don't know enough about makers of nutraceutical products to recommend particular companies. I would suggest asking your doctors or other clinicians about products and suppliers in your areas or online.

Is NAC helpful and safe for children?

The study we conducted was done only on adults with trichotillomania. I know many people want to be able to help their children who suffer from trichotillomania. A definitive answer on the efficacy of NAC in children is still pending.

I have used NAC in some adolescents with trichotillomania or skin picking (who have failed to respond to behavior therapy), and have ultimately used the same doses we studied in the controlled trial (1200-2400mg). It appears safe in these young people.

Should it be used in little children?

I would always recommend first trying behavioral therapy and if that is not successful or only partially successful, then I would talk to the child's pediatrician before starting NAC. Some research studies in children have based the dose on body weight - often trying to reach a target dose of 60mg/kg/day. Of course, it should be started at a lower dose, say 300mg or 600mg per day. I think discussing this with your pediatrician and/or pharmicist would be potentially helpful.

The interest this study has generated has told me that too many people are struggling with this problem and have seen too little improvement from available treatments. Although this study offers hope for better treatments, keep in mind that about half of the people did not respond. The encouraging message from this study is that perhaps we are learning more about what is happening in the brains of people who pull their hair and that we can and will have even better treatments down the road.

Jon Grant, MD, JD, MPH, is a Professor of Psychiatry at the University of Chicago. Dr. Grant completed an undergraduate degree at the University of Michigan, a master's degree at the University of Chicago, a law degree from Cornell University, a medical degree from Brown University, and a masters degree in public health from Harvard University. Dr. Grant is a board-certified psychiatrist. He has written over 100 peer-reviewed articles and book chapters on the phenomenology and pharmacological management of impulse control disorders, particularly pathological gambling, kleptomania, and grooming disorders. He is the co-author of Trichotillomania, Skin Picking, & Other Body-Focused Repetitive Behaviors, a book that provides clinicians, researchers, family members, and individuals who have these disorders with the cutting-edge, comprehensive resource they need to understand and address BFRBs.  He is the author of Stop Me Because I Can't Stop Myself, a book on impulse control disorders published by McGraw-Hill (2002) (co-authored with Dr. Suck Won Kim), and co-editor (along with Marc Potenza) of two books published by the American Psychiatric Association: Pathological Gambling: A Clinical Guide to Treatment (2004) and A Textbook of Men's Mental Health (in press). Dr. Grant's research is funded by the National Institute of Mental Health.